The Birmingham Museum of Art’s Oscar Wells Memorial Building opened to the public on May 3rd, 1959. A garden to the rear of the building was opened at the same time, and was “dedicated to those who by their work and gifts have beautified our city.”

Red Mountain Garden Club hired noted Landscape Architect, and honorary RMGC member, William Kessler to design the space. Mr. Kessler was a personal friend of Mr. and Mrs. Oscar Wells. Along with being responsible for funding the construction of the Museum’s new building in memory of her husband, Mrs. Wells had also been a founding member of Red Mountain Garden Club, as well as its first Secretary/Treasurer.

The original Memorial Garden, as designed by Mr. Kessler, was primarily a green garden, surrounded by brick walls and paths, with a brick-edged shallow pool at its center within a grass lawn. Memorials were given for trees, boxwoods, hollies and other shrubs, with embellishments of seasonal blooms to add color. This green theme has remained with our Garden throughout its growth, even through the required changes made necessary by a successful and thriving museum.

In April 1966, a fountain (seen in photograph to the right) designed by Barbara Lekberg of New York was commissioned and added to the pool, in honor of Mrs. Crawford T. Johnson, Jr., RMGC President from 1947–1949. This artwork remains in the garden, now on display as a sculptural piece.

In the mid-1960’s two specimen Willow Oaks were given by Henry and Fariss Lynn in honor of their sons, Henry and George Lynn. Additionally, eight Water Oaks were purchased by the family as memorial gifts to The Garden. All were planted in March 1965. These ten trees through the careful attention and planning of Red Mountain Garden Club, have remained vibrant and healthy through two major Museum renovations.

The garden today rests on the site of the Museum’s original garden and retains some elements of the original, specifically the ten oak trees, but like all gardens it has had to evolve over time. In the early nineties, a major addition at the museum required the garden to be completely redesigned. Under the guidance of Red Mountain Garden Club member Carolyn Tynes and with the help of Jane Reed (Ross), this was successful and the result is primarily what we see today, including the “Blue Pools Courtyard” with reflecting pools created by artist Valerie Jaudon.

Additional renovations occurred in both the early and mid 2000’s. Finally, in 2012 a major lighting project was taken on by Red Mountain Garden Club to enhance our garden from dusk to dawn. Our member and Museum Garden Chair, Elizabeth Poynor, guided us through this massive endeavor, engaging lighting designer Charles Stone of the New York firm of Fisher, Marantz and Stone and the garden design help of Birmingham’s own, Norman Johnson. Gifts from many sources helped fund this project including a significant gift from the Collat family.

Over the years, funding for the Memorial Garden’s ongoing required maintenance and seasonal enhancements have come from a variety of sources including RMGC fundraisers, gifts to our Memorial Fund in memory or honor of individuals, and ongoing gifts from two large trusts. But perhaps the most unique and meaningful to our club is our annual greenery sale. The Greenery Sale is essentially an annual “Pop-Up-Shop” requiring much time and hard work, willingly provided, of all our members. For 35 years, the holiday gifts and greenery purchased by a loyal public following goes far to support our Memorial Garden. We are grateful that these generous gifts and public support continue to this day.

The Memorial Garden has been a well-loved treasure of the Red Mountain Garden Club for almost 60 years and in the process has garnered several awards and accolades for our club, its members, the Museum, and Birmingham generally.

In 1963, RMGC was commended by the Birmingham Beautification Board for our “magnificent contribution made to the beautification of the city in the construction and maintenance of the Memorial Garden.”

In 1982, Mrs. Lynn was given the Garden Club of America Horticulture Award, “in recognition of her sensitivity, creativity, and dedication to design and horticulture as evidenced by the Memorial Garden”.

In October 1994, Mrs. Tynes received a Merit Award from the American Society of Landscape Architects in recognition of her outstanding achievement in design for the Garden.

And finally, in 2010, the Memorial Garden was named one of the 10 Great Public Spaces for 2010 by the American Planning Association. We are proud of this distinguished honor for our Museum and Birmingham, and that our Memorial Garden continues to be a green retreat in the heart of a busy and growing city, to be enjoyed by all of Birmingham’s citizens.

We realize many individuals and groups deserve the thanks of our club for their efforts in support of The Memorial Garden, and we especially value our association with the Birmingham Museum of Art’s Board and Staff, and are greatly appreciative of their interest and cooperation.

Our Garden continues to be a combination of significant sculpture, interesting design, and a beautiful natural landscape. It has indeed been a privilege to design, install, and maintain the Memorial Garden since 1955. It is truly “dedicated to those who by their works and gifts have beautified our city!”

Give a Memorial Gift

Give a Gift
MEMBER LOGIN 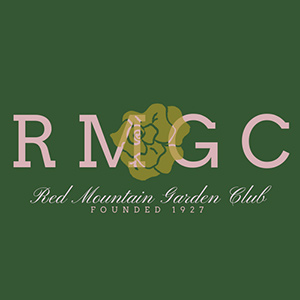